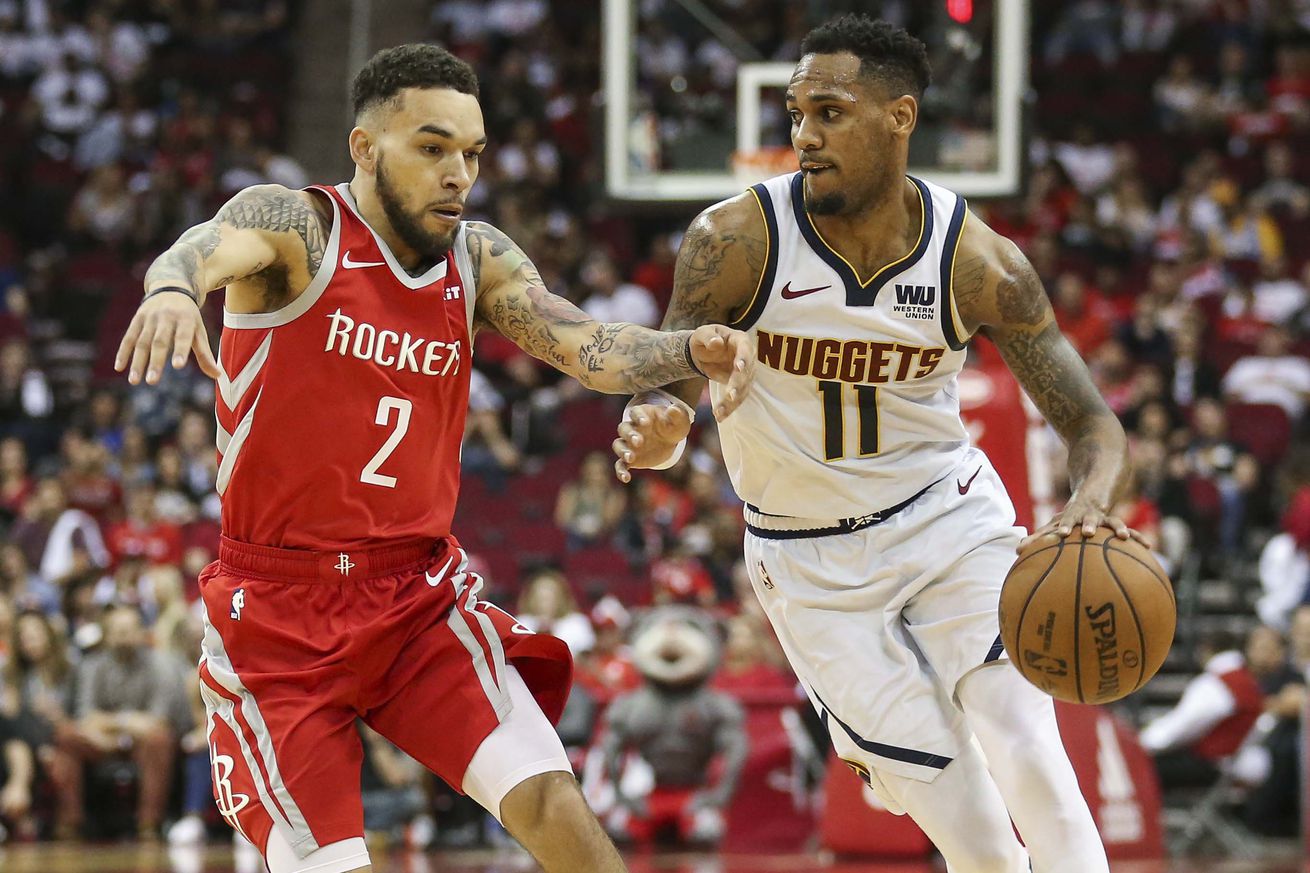 The Rockets have already begun slimming down their roster.

The Houston Rockets started trimming some of the edges of their roster last night, as The Athletic is reporting that the team waived center Deyonta Davis and guard Chris Chiozza.

The #Rockets have waived Deyonta Davis and Chris Chiozza, a source tells me and @KellyIkoNBA.

Davis was claimed off of waivers earlier this summer and was thought to be a viable option to compete for some depth playing time at center, but the 6’11”, 22-year-old never got the opportunity and will now be once again looking for work.

Davis has three years in at the the NBA level, playing two seasons with the Memphis Grizzlies and one with the Atlanta Hawks (though that was just 9 total games), and sports career averages of 4.2 points, 3.2 rebounds, and 0.6 blocks per game. He’s still young enough that someone will take a flyer on him.

Chiozza is also still pretty young at 23, and could latch on somewhere else as well, but with the Rockets looking pretty point guard-heavy at the moment, it wasn’t going to be in H-town. In addition to superstars James Harden and Russell Westbrook and backup Austin Rivers, the Rockets also have young guys Chris Clemons, Trevon Duval, and Shamorie Ponds all vying for a look, which left Chiozza as the odd man out.

He started his career as an UDFA with the Washington Wizards before signing with the Rockets this past February and spending most of his time in the G-League. He’s played in just 7 total NBA games, averaging 4.7 minutes per contest.

Good luck to both of these guys!